There is a strong resemblance between the increase in physical community space needed for the organization Latinos en Spokane and the anticipated rise in the Latino population in Spokane and Spokane County in the coming years.

Though the multi-use space houses the organization’s administrative office, the location serves as far more than just an office. It is a gathering place that hosts cultural events and educational workshops ranging from health care to rental assistance while offering free access to wireless internet.

Organizers and supporters of Latinos en Spokane hosted a ribbon-cutting ceremony on May 31 to mark the expansion. Jennyfer Mesa, founder and director of Latinos en Spokane, thanked Innovia Foundation for its financial support as the foundation helped the organization provide many different resources to the Latin community through COVID-19.

Jennyfer says Latinos en Spokane views Innovia Foundation as a strong partner and is eager to continue its relationship with the foundation in the future. Based on current population trends in Hispanic and Latino communities, Latinos en Spokane will seek to strengthen existing connections and build new ones.

Current census figures estimate the region’s population to be 7% Latino which marks a 12% increase in the last 20 years.

“We’re out there; we’re just not organized,” Jennyfer said to a group of roughly 40 people who attended Tuesday’s ceremony.

During the event, Mayra Velazquez, an undergraduate student at Eastern Washington University majoring in urban and regional planning, gave a presentation outlining current and future demographics among Latinos in the city and county. Current census bureau projections estimate 25% of Spokane County residents will be of Hispanic and Latino descent by 2050.

Mayra, originally from Compton, California, says she knows firsthand what communities look like when large swaths of people are underserved, and their daily needs are not met. Sadly, there is a high propensity for violence to increase as socioeconomics descend.

That reality is one of the main reasons that played into Jennyfer’s decision to establish Latinos en Spokane in 2017. Organizers currently are working on initiatives to bridge the “digital gap” that exists  between Latinos and the greater population, as well as the development of small businesses among Latinos.

Despite the excitement of the evening’s event, Jennifyer says another longer-term goal is for an even larger Latino center to be built on acquired land, which could also offer affordable multi-use housing.

“We want to be able to help strengthen our families locally,” Jennyfer says. 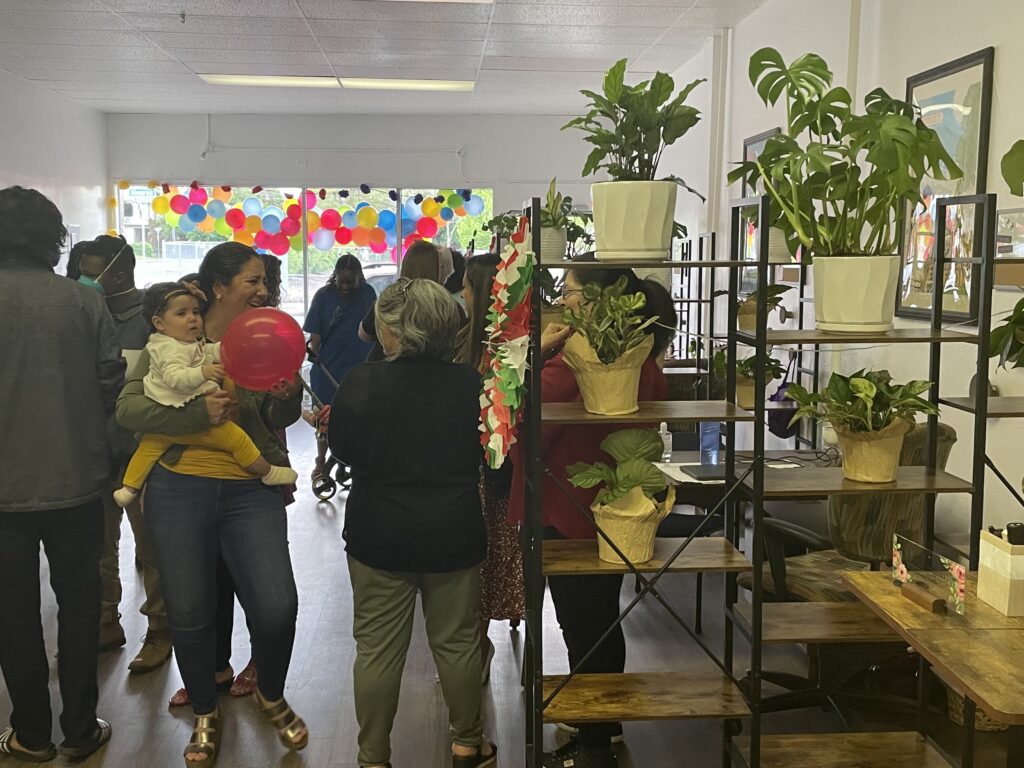